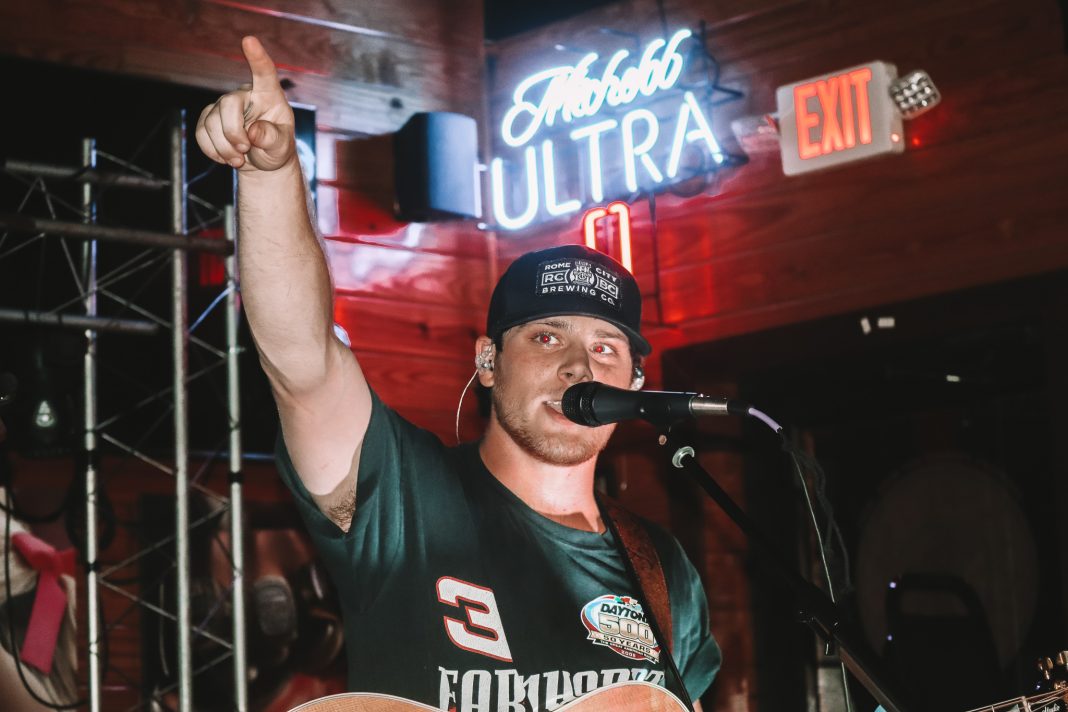 Hunter Chastain’s debut single, “Blame My Last Name” dropped Oct. 20 and is available on all major platforms. The country singer and college junior says he wanted this song to be “hard-hitting” because the lyrics reveal a piece of himself.

Chastain played football for Faulkner University in Montgomery before transferring to Jacksonville State University. The Physical Education major is determined to finish his degree, but he says music is his main passion. He hopes to pursue music full-time.

“I’m currently still a student at Jacksonville State, and I have a job. Then I do music on top of that. So I live a busy, busy life.”

Chastain is already working on new material, “I just write about stuff that’s happened to me and the feelings I’ve had.” He hopes to share a second single with his growing fanbase in the next couple of months.

I had a chance to catch up with Chastain after his first single released. 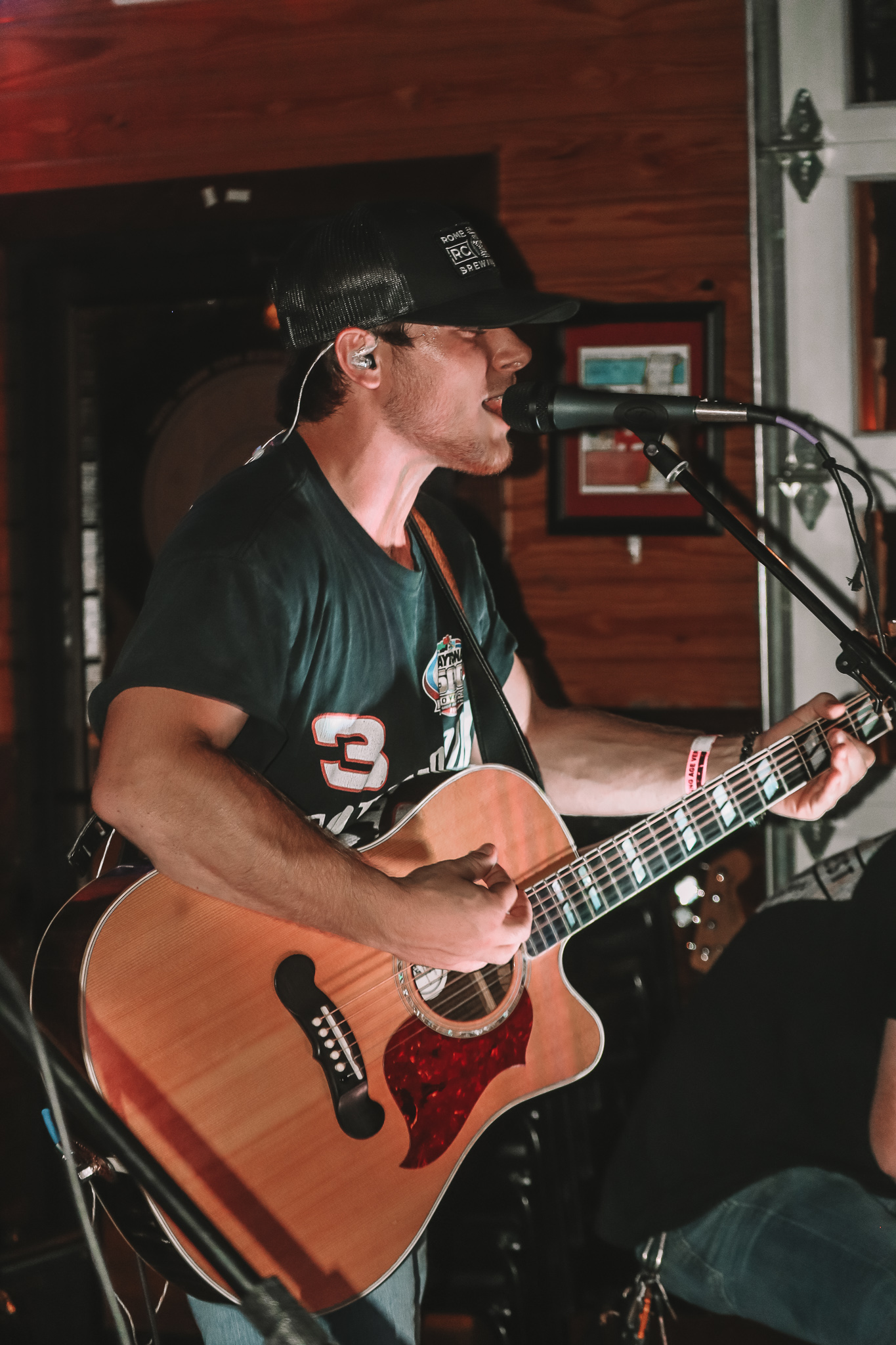 Tell me about your new single, “Blame My Last Name”.

That song actually is actually more of a Southern rock type deal. That song man, it’s kinda like a statement song of my life, if you were to hear my story. It’s one of those songs that I wanted to be hard-hitting. But I’m super excited about that. I’ve had a lot of good feedback about it.

What background would you be willing to share with us about the writing of that song?

The last name Chastain, in my hometown of Rome, is not very hot. I was brought up by my mom’s side of the family, and I was raised right, but there’s always the times that you get older and older that you kinda get away from your roots. So that song just talks about all the dumb stuff I’ve done and how you can kind of blame my last name for it. It’s a killer song to me, man, It means a lot to me.

It sounds like that song was a long time coming. How long have you been working on it?

That song took me probably a good solid month to write. Once I started writing that song it took me a month, month and a half, to write it and then went through the recording process and that took another month and then it finally came out.

Tell me about your history behind the guitar.

I took guitar lessons when I was probably four or five years old, and I wound up stopping until my junior year of high school. We had a track meet and we were inside the field house waiting for our event to start and my buddy had a ukulele, and I asked if I could play it… and then the next track meet he brought a guitar… I had a guitar at my house and I put new strings on it and started teaching myself how to play it by watching YouTube and stuff like that. It just went from there.

I went off to Faulkner University in Montgomery to play football and wound up coming home. When I came home, that’s when my music career started up.

Talk more about your live shows.

I still play solo stuff like restaurants and little stuff like that, but I just put a band together a few months ago and so our shows are starting to come in. We just played a show at Brothers.

What are you working on now?

I hope to put out my second single within the next two or three months. I’m excited about this next one coming out. I’ve just got to get everything squared away with it and start recording it.

You can catch Chastain live at the Brewhouse Music and Grille in Rome, GA on November 15. He will perform with a full band and fellow country singer Austin Bishop. Chastain will play an acoustic set at a restaurant called 33 in Fort Payne on December 7.

To book Chastain, contact him though direct message on his socials. 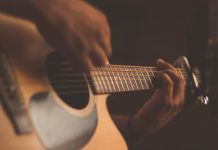 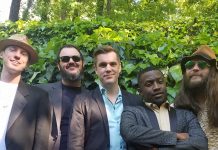 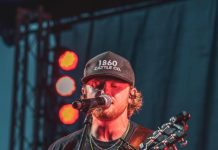