The Athenian philosopher Plato once stated: “Music is a moral law. It gives soul to the universe, wings to the mind, flight to the imagination, and charm and gaiety to life and to everything; it is the essence of order and lends to all that is good, just, and beautiful. ” As the founder of the Academy, the first institution of higher learning in the Western world, Plato understood the importance of music and its role in human affairs. Without music there would have been no Bach or Beethoven. Without music there would have been no George Strait or Led Zeppelin. Without music there would have been no Parliament Funkadelic, praise and worship hymns, or Swedish death metal. Without music there could not be a soundtrack for an individual’s life. But, fortunately, there is music and its sounds connect all cultures, races, and creeds, from aborigines pounding out rhythms to the Philharmonic orchestras that perform throughout the world. But with music there is escape. With music there is release. And with music there is a chance to transcend the humdrum, if only for a moment, and connect with the better angels of our nature that allow us to relate to our humanity. And in that vein, Calhoun County, Alabama is committed to providing the people of the region quality venues in which music can be shared and enjoyed.

Click on one of our featured music venues and events to learn more. 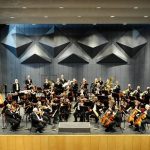 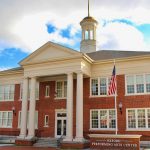