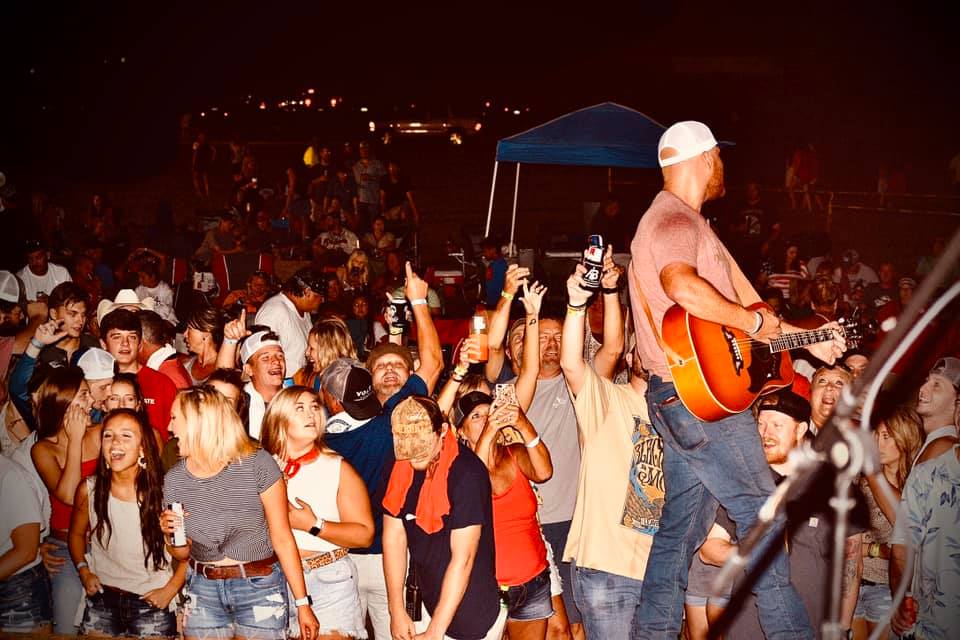 Bishop, 25, teaches special education at C.A. Donnehoo Elementary in Gadsden and plays up to three or four shows a week. The Borden Springs native has been singing since he was six years old and picked up guitar in college. Bishop attended Jacksonville State University on a football scholarship for two years before transferring to the University of West Alabama in Livingston where he completed his degree in December 2018.

Bishop released his debut EP, That’s What Made Us, with 3rd Lion Productions, of Nashville, in April 2019. His single “Till The Day That I Die” followed close behind, and Bishop says he has more new music in the works. “I’m hopefully going to be putting out another EP within the next probably two months,” Bishop explains. “No later than November, I hope, but it’s in the works.”

Bishop was raised by his grandparents and says he and his grandmomma have always sang together in the car. “We’d sing Gaither Gospel songs and church hymns,” he recalls. “She loves to sing. Elvis, Patsy Cline and stuff like that… She loves it. She comes to as many shows as she can. She’s a big fan.”

Bishop gained a few pint-sized fans last spring when he put on a show for the children and teachers at the school where he works. “It’s funny, I think the teachers liked it more than the kids because I don’t think the kids knew most of my songs… I played for about 10 or 15 minutes and had my fun, and then I played music [the kids] wanted to hear and they ate it up.”

with nothing but the memories of where we came from”

– lyrics from “That’s What Made Us” by Austin Bishop

With influences like Chris Stapleton, Tyler Childers, Johnny Cash, and Merle Haggard, Bishop’s voice has that rough and ragged sound that many people associate with “real” country music.

“Really most of my songs that have been recorded were songs that I wrote going down the rode on my voice recorder on my phone,” Bishop explains. “For some reason that’s just my spot, my quiet time because I spend a lot of time on the road driving back and forth to shows.”

Though he typically plays solo shows, Bishop says he’s begun booking more full band shows since releasing That’s What Made Us. I love doing acoustic shows, but I love my full band shows too, and I’ve just started picking those up so hopefully we can get some momentum rolling on those.”

To book Bishop for a solo or full band show, you can contact him on his website or through email and social media.