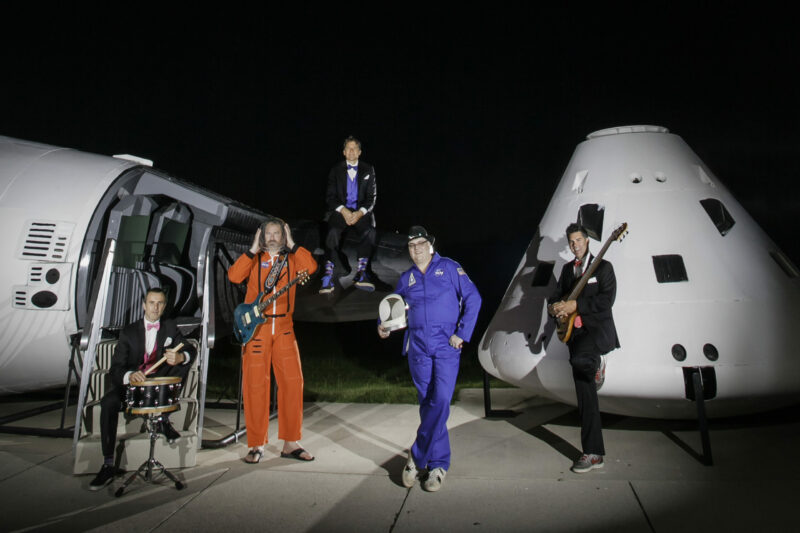 Seventeen years after scoring the Grammy Award winning, harmonica laced Billboard Top Ten breakthrough hit that came to define pop music in the mid-90s, Blues Traveler are still finding unique ways to ensure that they don’t give their legion of worldwide fans the “Run-Around.” On their instantly infectious, musically expansive 11th studio album and 429 Records/SLG debut, Suzie Cracks The Whip, they remain creatively focused while dramatically expanding their musical horizons upon celebrating their 25th anniversary as a band.

John Popper (vocals, harmonica), Chan Kinchla (guitars), Tad Kinchla (bass), Ben Wilson (keyboards) and Brendan Hill (drums, percussion) had a blast working for the first time ever with a handful of dynamic outside songwriting collaborators and the powerhouse production team of Sam Hollander and Dave “Sluggo” Katz, aka S*A*M and Sluggo–who have worked their studio magic for everyone from rap rock band Gym Class Heroes to pop princess Katy Perry.

Blues Traveler trademark sound was electrifying fans around the world, to the tune of approximately 30 million people and upwards of 6,000 live shows over the band’s 25 year history. Beyond the commercial success of their recordings, which have sold in excess of 13 million combined units worldwide, Blues Traveler has long been known for the extensive use of segues, multiple song mash-ups and extensive instrumental jams in their live performances.

Blues Traveler’s road to posterity moved from the burbs of Jersey to NYC in the late ’80s, where they became part of a jam-band scene and shared bills with groups like Spin Doctors and Phish, founding the Horde festival and pioneering the subsequent movement of neo-hippie jam music. Represented early on by Bill Graham and son David, Blues Traveler’s live reputation led to a deal with A&M Records; their 1990 self-titled debut eventually going gold simultaneously with the album Four. While putting out a string of popular albums in the 90s, the band endured its share of mettle-testing adversity, from Popper’s near fatal motorcycle accident (he recorded and toured while in a wheelchair for two years) and the tragic loss in 1999 of founding bassist Bobby Sheehan at the age of 31. True to its name, the band traveled on, with Tad Kinchla on bass and Ben Wilson on keyboards, both being in the band as long as Sheehan.

The band has kept up an average touring pace of 250 shows per year, whether there has been a new release attached to the jaunt or not. Their studio output during this time included Truth Be Told (2003), Bastardos! (2005), the all-acoustic covers album Cover Yourself (2007) and North Hollywood Shootout (2008). Blues Traveler launched 2012 with a joyfully exhaustive look back on a quarter century since they first gathered in a Princeton basement and laid the foundation for a hybrid vibe that draws from blues-rock, psychedelic rock, folk rock, soul and Southern Rock. As one of their more notable EPs states, they are likely, for all intents and purposes, on tour forever.

For any questions or inquires about the Model City Musicfest, contact Larry May 256-237-0760