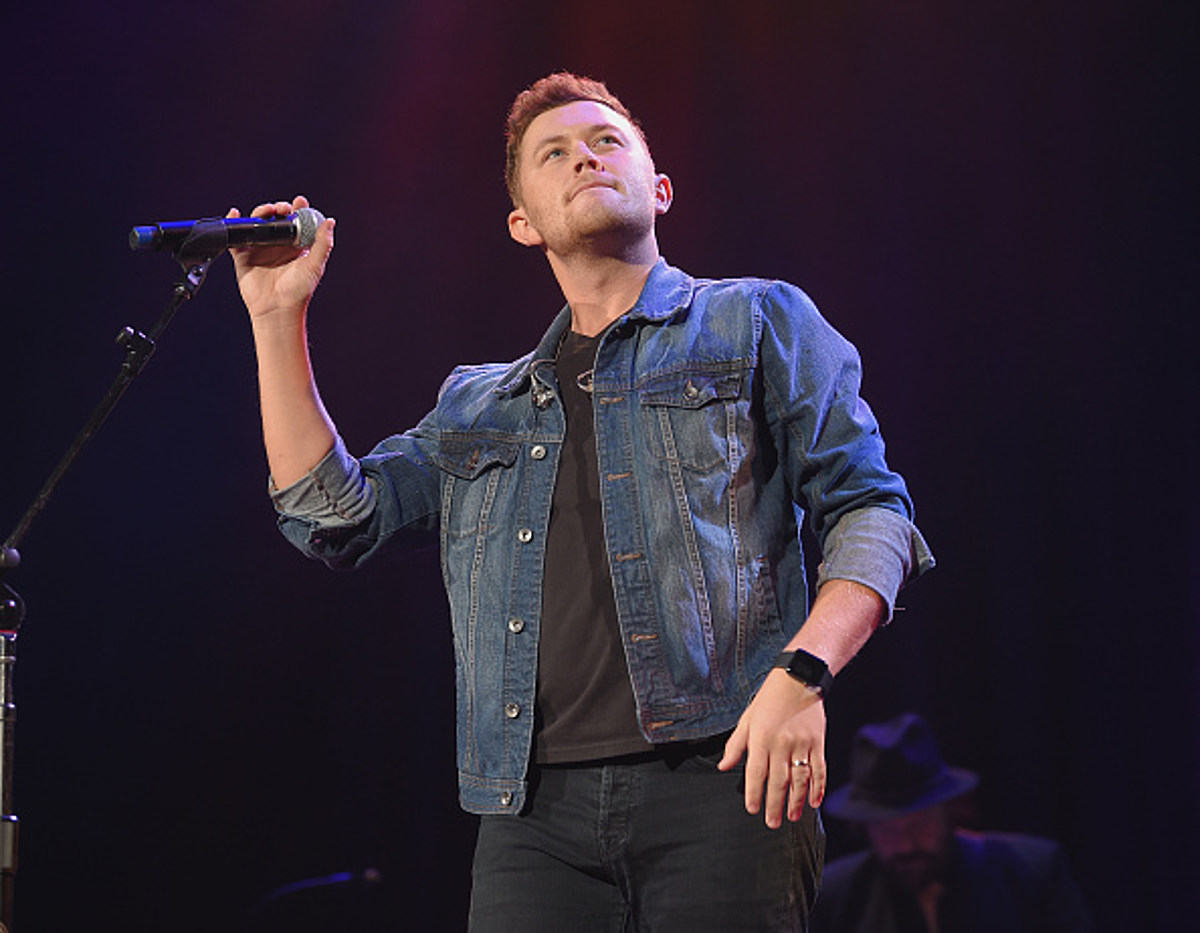 The “In Between” singer is currently on tour following the release of his fourth album, Seasons Change. The American Idol Season 10 Champion made history when he became the youngest male artist of any genre, and the first country music artist ever, to have his debut album enter at No. 1 on the Billboard Top 200 chart.

Before his performance in Jacksonville, McCreery will join JSU Alumni and Alabama frontman Randy Owen on Alabama’s 50th Anniversary Tour at a show in New Jersey on August 17. “That will be my first show with [Randy Owen],” McCreery says, “I’m excited.”

I had the opportunity to chat with McCreery about music, writing, and his new responsibilities as a dad to his dog, Moose.

You and your wife, Gabi, are going on a double date with some pretty lucky fans. The social networking app Bumble recruited you two for the Country Couple for a Cause campaign. Have they selected a winner?

No, not yet. I think they’re still getting their entries in, but we’re excited about it. It’s definitely something that’s a little different for us, but exciting to get the chance to go meet some fans and spend a little time with them and if they have some questions for us we’re happy to just get out there and hang out. So, it should be a pretty good time with them.

And this double date is an effort to raise money for the charity of your choice, St. Jude Children’s Research Hospital?

We’re definitely donating 25K over to St Jude’s. It’s an organization that’s near and dear to our hearts. My wife is a pediatric nurse over at Duke hospital so what they’re doing over there at St Jude’s, it’s really incredible work so I’m glad we can help out.

It’s definitely one of those organizations that if these opportunities come up that we have the chance to donate we try to keep them in mind. We got the chance to be on celebrity Family Feud last year, and we won it. So we ended up donating the winnings to St Jude as well. It’s just a place that we love what they do.

For those of us who follow you on Instagram, we are also now following the adventures of your dog Moose! What’s it like being a parent to Moose?

Oh we love him. He’s on the road with us this weekend. We’re up in Atlantic City right now so he’s here with us and loving life. It’s a new responsibility for me and Gabi, but we’re loving it. He’s really great, besides him eating everything in sight, TV remotes and all of that, but it’s all good.

Switching gears to your latest single, “In Between”, you wrote that with Jonathan Singleton, a songwriter we like to watch. How did y’all link up and what’s it like collaborating and jamming with him?

Jonathan is one of the big time writers in Nashville. And so for me linking up with him the first time, I think my producer Frank Roberts – who’s also been around for years and years – just kind of put us together, and we sat down and just talking about life and kind of where I was at. And one of us, it might have been Jonathan, said man you’re just not one thing totally you’re just in between. So that’s just the song we wrote. But yeah, me and him just wrote again last month together. He’s a guy I definitely try and just be a sponge around and just soak up how he writes because he’s one of the big dogs in Nashville for sure.

What do you enjoy about performing?

It’s just an immediate rush that you don’t get kind of anywhere else. Songwriting and stuff is something that you write a song and it might be five years before that song gets out there or even longer sometimes. So you get on stage, you get to sing a song, you get to hear them sing it back to you holding their hands in the air, lights from the camera phone in the sky, I mean it’s just a feeling you don’t really get anywhere else. So I love it, and I’m definitely looking forward to getting down to JSU and see what they’re all about at concerts as well.

With your career beginning so early, after your success on American Idol, do you have any advice for young artists or teenagers who want to pursue music as a career but also feel pressure to attain a college degree?

It’s definitely something that you’ve got to be all in for. And that doesn’t mean that you can’t go to college and get your degree and still be all in and writing songs and singing. I went to college while I was still on tour, and I didn’t quite make it to my degree – but I would like to finish it up one day because I think that’s important. But yeah, if you really want to make it, especially in country music, Nashville is the place you gotta be and just getting in there and networking and meeting people. And you’ll really learn that everybody is really friendly, and it’s like a big family down there. And if they see that you’re taking it seriously, and that you’re really passionate about it, that you’ve got the chops people will really embrace you up there. So it’s a fun business. It can be scary taking that first step though.

You said that you’re writing and working on songs now. Can we expect another album?

We’re getting ready for the next album. I’m not sure of the timetable on that. We haven’t even gotten to the studio or anything yet, but just definitely writing songs for the new album. And we’re always writing songs, it’s not like it’s just an album thing, but we’re definitely kind of getting the ducks in a row and figuring out when we want to do it.